What began as a memo... on an order form has developed into the slogan for the most headstrong Belgian brand of spectacles: 'theo loves you'. To this very day the motto connects everything theo does, every decision, every collection. It was the love for their clients that made Wim Somers and Patrick Hoet, opticians with their own store, decide to design and present a collection under the name of theo. Why? Well, simple: because they wanted to offer their clients something other than the mainstream glasses that were selling at the time. So, in 1989, the first theo glasses became a fact. And they were groundbreaking.
Originally theo only addressed the avant-garde. Later however, the glasses began to appeal to a wider audience. But theo always had a soft spot for the individualist. So in order to generate interest among trendsetters again, 'Eye-witness' was launched in May 1995. These spectacles were apparently unfinished and asymmetrical. Eye-witness wearers are often men and women who are kindred spirits. The Eye-witness line still exists today and every year new models are launched. 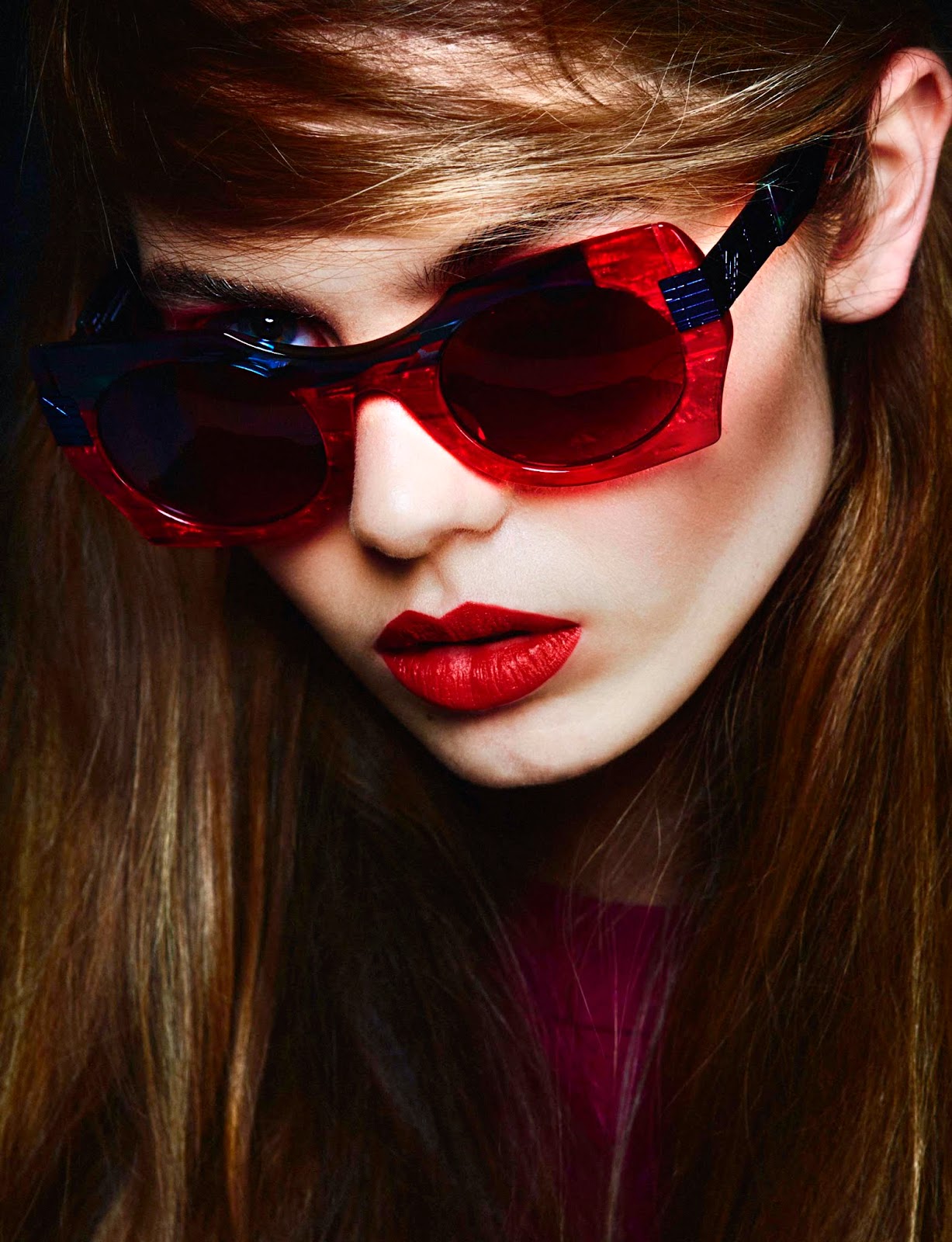 In 2004, theo announced its co-operation with the German-Belgian designer Christoph Broich. This cross-pollination between fashion and eyewear proved a hit. The sunglasses Broich and theo were recognisable by the safety pin in the spring. Four years later, theo started collaborating with Belgian designer Tim Van Steenbergen on its new collection of sunglasses. The two Antwerp labels joined forces and have since been producing spectacles that radiate glamour and sophistication. In 2012, theo & Tim presented their forth collection together. And they are working hard on the next one.
To celebrate its 20th birthday, theo presented the ‘VinGtage’ collection at Mido 2007. theo is famous for its small glasses, of course, making this 'Vingtage' collection (vingt ans d'age! = 20 years in French - one of Belgium's official languages) quite a departure. The focus has definitely shifted from the eyes to the face. Yet these glasses are in no way similar to what people wore some forty years ago - these are spectacles for the present times, and indeed spectacular.
theo like to be unpredictable. For a new optical collection in 2010, theo started working with James Van Vossel, a creative spirit who was given carte blanche, resulting in a series with no equivalent. More models to come!
And so, theo keeps on surprising!
theo loves you! 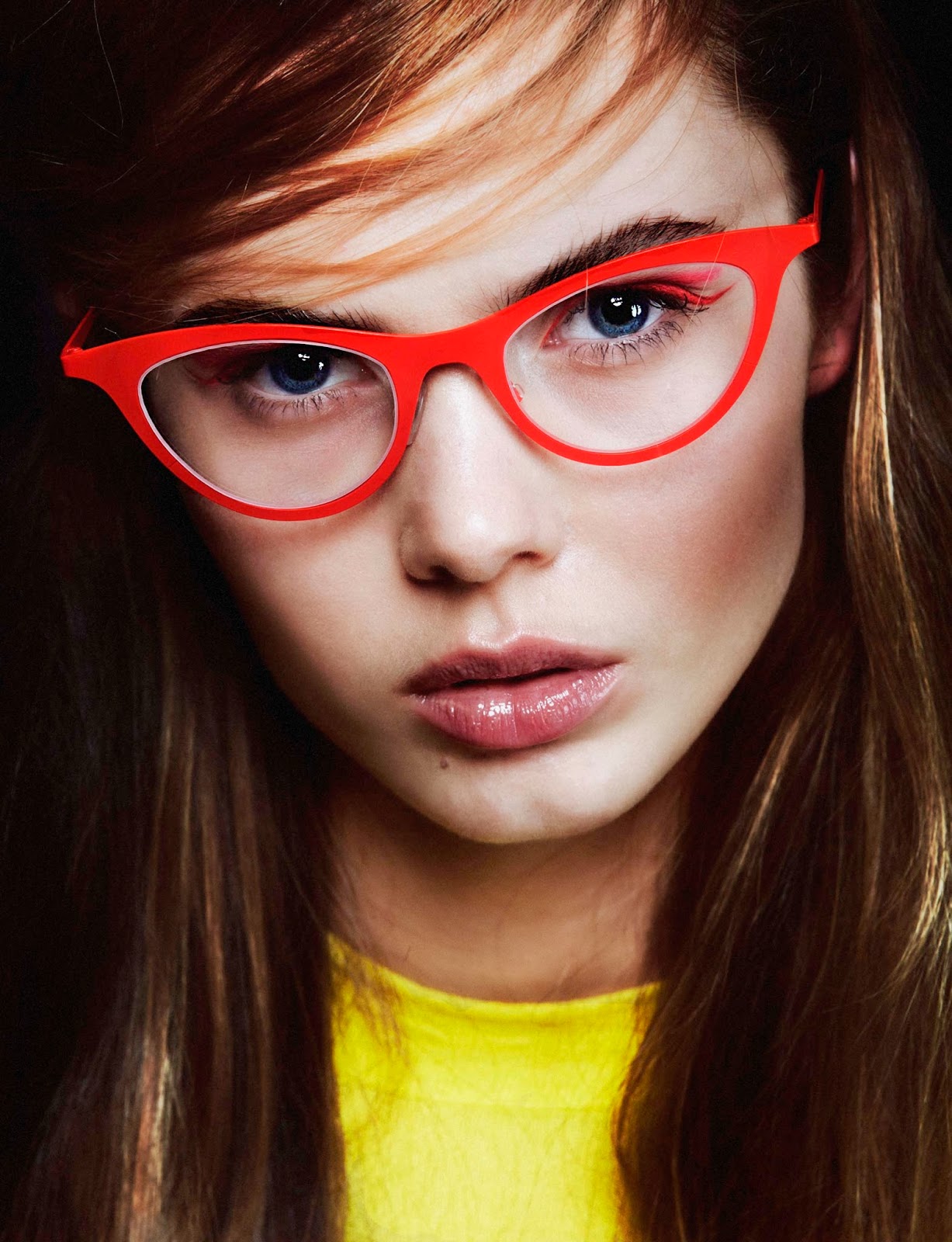 Mortimer Hirst is the exclusive Auckland stockist and carries the largest collection of theo eyewear in New Zealand. For further information on theo, please visit the Mortimer Hirst web site: http://mortimerhirst.co.nz/Content/BrandPage.aspx?BrandID=9
Posted by Mortimer Hirst at 3:24 PM No comments:

Persol was established in a small courtyard in Via Caboto, Northern Italy in 1917 by Guiseppe Ratti photographer and owner of Berry Opticians. Guiseppe began to make technically advanced eyewear designed to satisfy the demands of pilots and sports drivers who required comfort, protection and optimum vision.

The name Persol is derived from "per il sole," which, in Italian, means "for the sun." Its trademark is the silver arrow (often referred to as the "Supreme Arrow"). The silver arrow Persol’s unmistakable symbol, a hinge decorated with an arrow on the stem, is inspired by the swords of ancient warriors.

The late 1930’s saw the introduction of the Meflecto system, the world’s first flexible stem that is still today a distinctive feature of the Persol brand. The stem’s flexibility derives from the introduction of nylon or metal cylinders intersected by a stainless steel core providing absolute comfort and adaptability to any face.

Persol became a favorite with many celebrities, most notable was Steve McQueen, the “King of Cool”. Steve McQueen wore Persol sunglasses in The Thomas Crown Affair, they have been among the most iconic sunglasses ever since. The video below is an insight into The Magnificent Obsession of Hand making Persol:

Persol - Made by Hand from Luca "Wo" Siano on Vimeo.

For further information on Persol visit the Mortimer Hirst web site:
http://mortimerhirst.co.nz/Content/BrandPage.aspx?BrandID=21
Posted by Mortimer Hirst at 7:50 PM No comments: 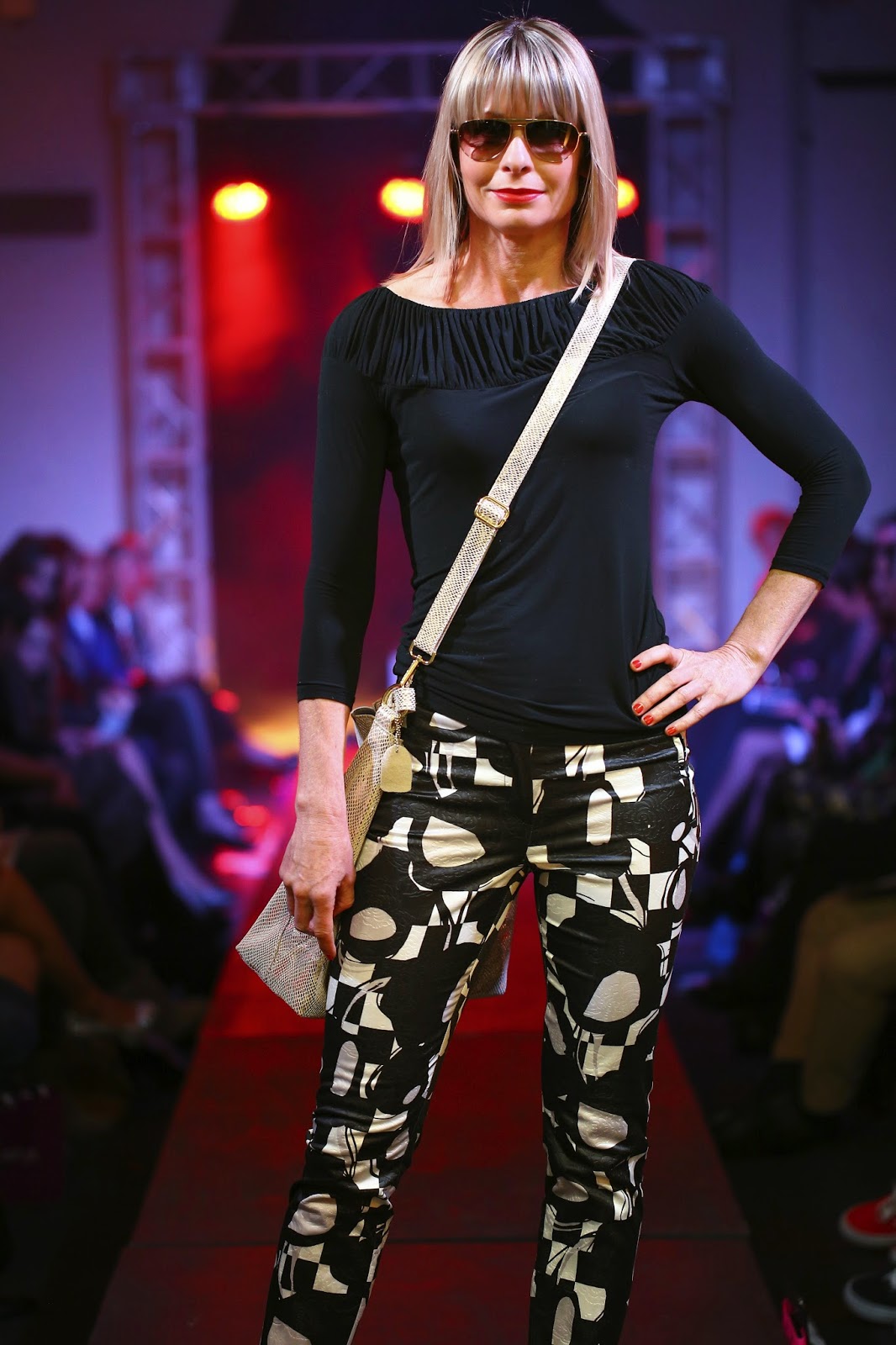 The Melanoma Foundation of New Zealand is a registered charitable trust devoted to issues relating to melanoma. It’s mission is to prevent avoidable deaths from melanoma and alleviate anxiety among those affected by it. 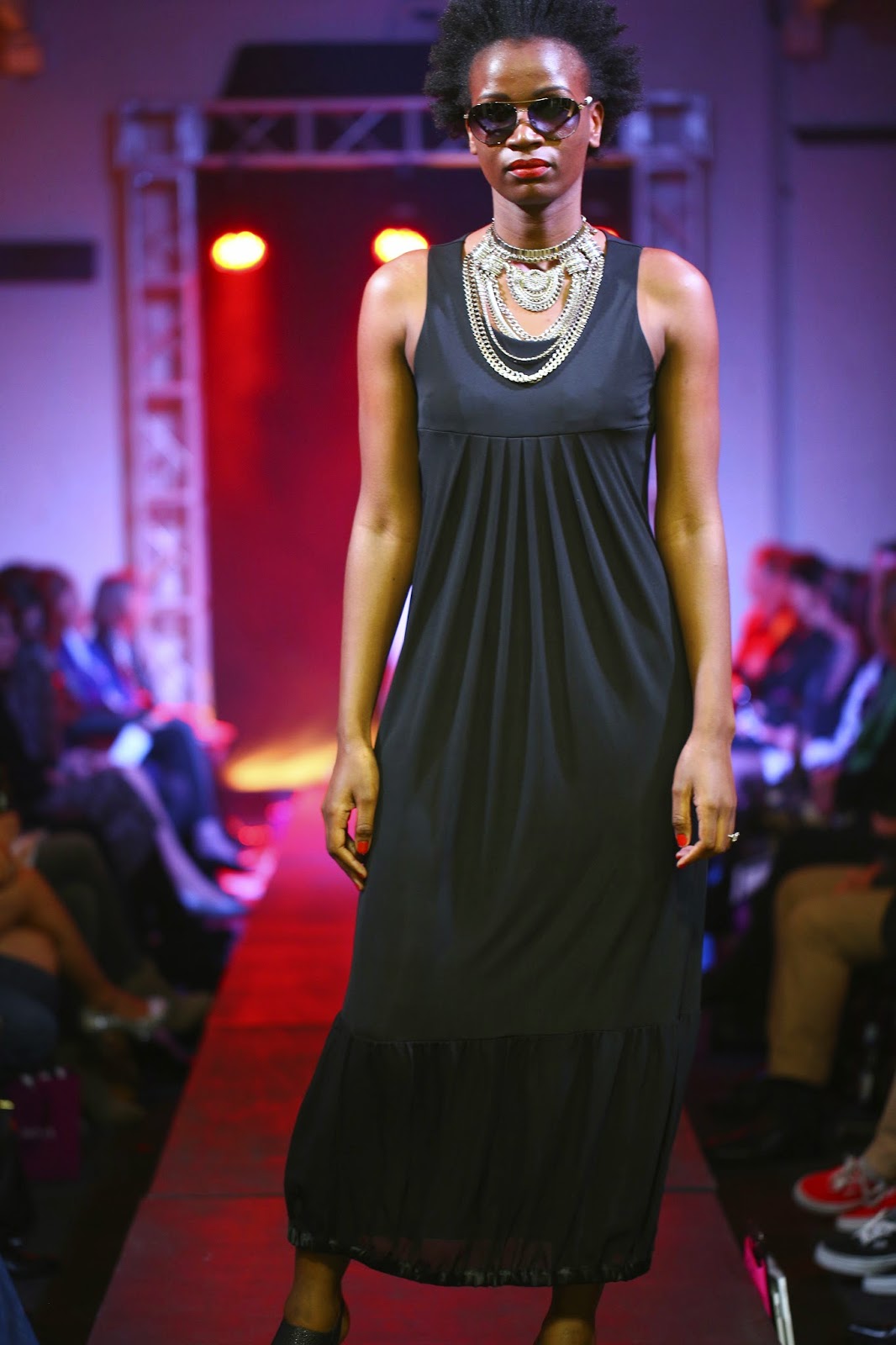 Mortimer Hirst is proud to be a part of this wonderful event to raise funds and awareness regarding Melanoma in New Zealand. For further information about Melanoma New Zealand please visit their web site http://www.melanoma.org.nz/ 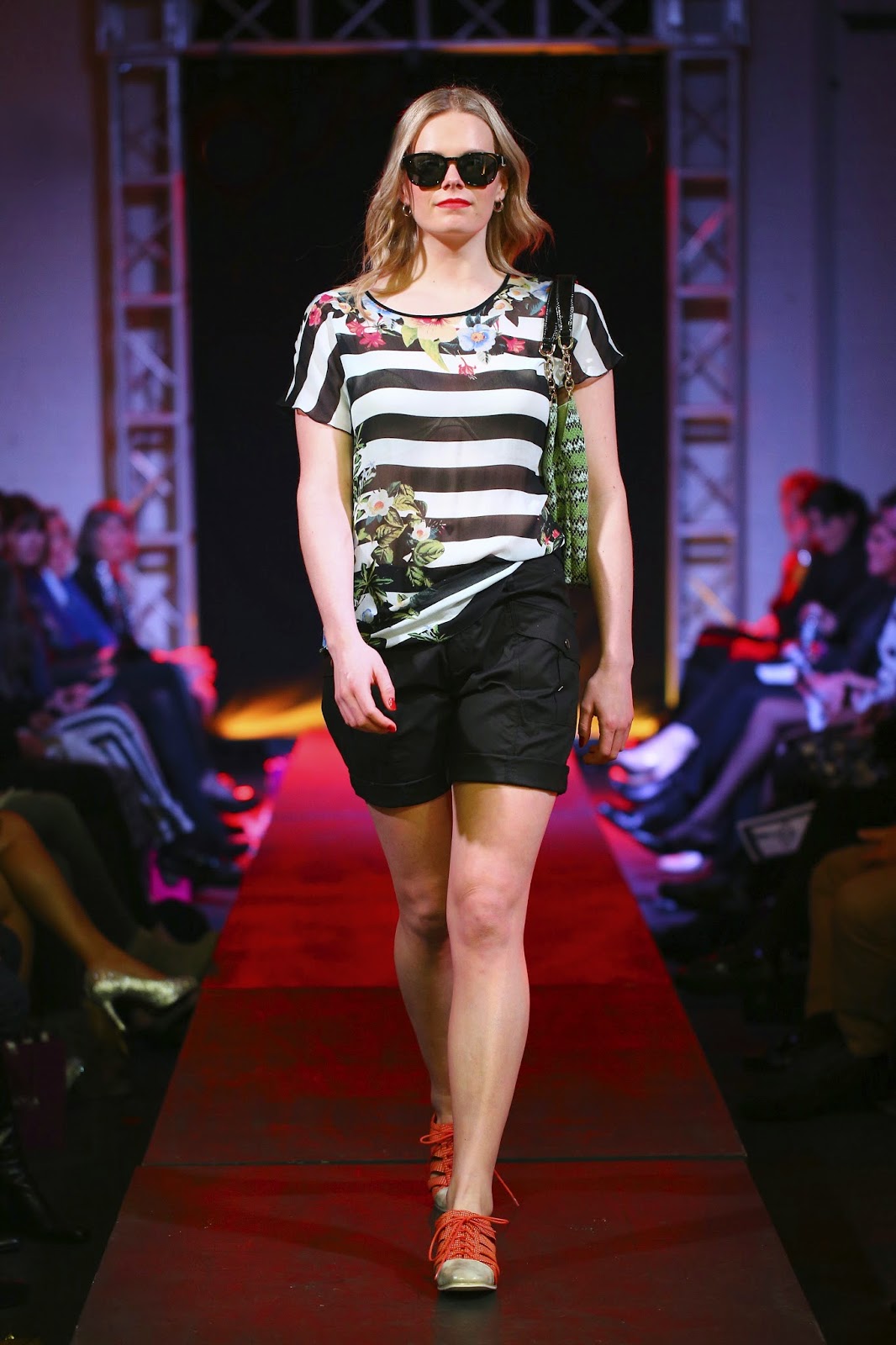 Posted by Mortimer Hirst at 6:27 PM No comments:

ic! berlin designs and produces screwless glasses and sunglasses in its own Produktion Haus in the heart of Berlin. 100% Made in Germany. ic! berlin is a child of the new Berlin entrepreneurial revolution, a thriving creative metropolis fuelling innovation and ideas. ic! berlin produces glasses, sunglasses, reading glasses and sports glasses for kids, women, men, and everyone in between. Each and every ic! berlin frame features a one-of-a-kind patented screwless hinge system, which combined with high quality materials such as sprung stainless steel, makes ic! berlin eyewear virtually indestructible. ic! berlin eyewear is designed with passion, produced with technical precision and handcrafted with love.

Colourful, vibrant, shimmering…Just like a rainbow. Nearly too good to be true; just like their frames. This time, they have coated them: no varnish. They shine in exciting colours created through simple light refraction.

Thanks to their electric PVD coating the stainless steel now sparkles in brilliant colours. It’s not a paint-job: they vacuum deposit an extra thin layer of crystals directly into the surface of the metal that reflects light in certain wavelengths. Like a rainbow. Just as beautiful, only permanent! The layer is ten times thinner than a human hair and doesn’t tarnish or scratch, making the world-famous ic! berlin hinge even smoother and more resistant to wear.

Below is five questions to Thomas Bochmann, technical director / ic! berlin Production and Innovation department about the new PVD coating.

What is PVD coating?
PVD stands for Physical Vapor Deposition and is a vacuum-based coating process, used specifically in the manufacturing of heavy machinery as well as for parts exposed to heavy wear such as drills and milling cutters.

Why use PVD coating for glasses?
PVD coating is perfect for our frames, since the patented ic! berlin hinge has bigger contact and sliding surfaces than common hinges with screws. The hard and friction- reducing PVD coating can be applied in a perfectly even coating of only a thousandth of millimeter thin and makes the hinge therefore easy to manipulate as well as wear resistant.

What’s the innovation about?
From the technical point of view, it wasn’t possible, until now, to coat stainless steel in such a way as to obtain really vibrant colours. In collaboration with one of our suppliers, the ic! berlin electric! innovation department has developed this new coating technique that enables metal coating in nearly all the colors of the known spectrum, just like a rainbow.

How are those new colors created?
In the same way a prism breaks the light in individual light waves and thus reflecting the different colours of the rainbow, the smallest crystal parts refract and reflect the light – depending on the nanometric layer construction– in one specific wave length.

What was the biggest challenge?
The development of PVD colour coating was a complex process, because the crystal layers have to be applied perfectly evenly over the whole surface, otherwise the reflecting light waves change specific colour tones and those colour tones could be partially perceived differently as originally intended.

Posted by Mortimer Hirst at 12:48 PM No comments: